Book Review: A Map of the Known World by Lisa Ann Sandel

Book Review by, The Little Sister
Check out my other review of The Lonely Hearts Club

Cora Bradley dreams of escape. Ever since her reckless older brother, Nate, died in a car crash, Cora has felt trapped in her small town. Her parents are increasingly overprotective, and even her best friend, Rachel, has begun to slip away.
So Cora seeks solace in art, drawing elaborate maps and envisioning herself in exotic locales.

Then Cora’s maps lead her somewhere unexpected: to Damian, the handsome, brooding boy who was in the car with Nate the night he died. Cora forms a tentative bond with Damian—himself an artist—who reveals to her the truth about who her brother really was. As Cora begins to piece together the fragments of her life, she finds herself falling for Damian. But, will she have the courage to follow the chart of her heart?
Cover Summary

I absolutely loved this book. Without a doubt. From the very beginning, this book left me in awe and in tears. Cora, to me, personifies a truly strong and courageous character which makes her increasingly admirable and a likeable character. I definitely liked her. Her response to the different obstacles in her life after her brother’s death was inspirational. While she did mourn and grieve and shed many tears over her lost brother, she still held on strong and remained in reality and continued on with her life. She didn’t allow this tragedy to dictate her life and lose herself.

Many people, after losing a loved one, just stop living their life and submerging themselves in their sorrows and regrets. However, Cora, realized that she is young and have much to live for still. Her response to her parents was also impressive and noble. She demonstrates selflessness, kindness and perceptiveness towards her somewhat neglecting parents.

The characters in the book were also realistic which is something that I love. There are some books that have too perfect to be real characters but this book didn’t. The flaws and the redeeming qualities in these characters is abundantly clear. I find that many people can actually relate to these characters, their emotions as well as their situations.

While I mercifully never had to endure the death of a loved one, I was still able to connect with certain aspects of these characters and their lives. I’m sure many people can as well. Especially the relationship between Cora and her friend Rachel. Definitely a circumstance that teenagers or even adults can say that they have experienced at some point in their life.

The relationship between Damon and Cora was also sweet and realistic.I really liked the natural feel of it. While Cora is fourteen, Damon is seventeen and yet their relationship is constructed so nicely that it isn't strange at all. The fit well together and it was nice to read about their brief romantic moments where they are devoted and tender towards each other. Not only was the story great, but so was the writing.

The writing of an author is something that I may often comment on. It is extremely important in a good book. There are different styles of writing and I really liked this book’s and Sandell’s style of writing. It was simple and easy to grasp and at the same time included a somewhat sophisticated language. I absolutely recommend others go out and read this fantastic book. Especially if you’re into some angst with a splash of romance. 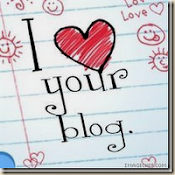